This post originally appeared on my Inc.com column on February 16, 2017.

Left-brain vs. right-brain. Calculated, precise, and mathematical vs. creative, flexible, and emotional. Two opposing hemispheres locked in an internal battle to determine what from within makes it out into the world.

It’s a perceived struggle that has raged on for the entirety of human existence, and for the most part, the war has been balanced. However, never has the fight been more one-sided than in the current world of business.

The dawn of the tech giants and big data has thrust us into an era of emphasis on STEM and its introduction into a person’s education as early as possible. Some argue that to be successful is to be technical. Once revered backgrounds in the humanities, arts, and social sciences are so underrepresented in the workplace that the majority of undergraduates have begun to avoid such degrees altogether for fear of being unemployable.

But to invoke a few key ideas from these forgone disciplines, the overemphasis on technical prowess in business is a tragic, and often – especially when it comes to entrepreneurship – fatal flaw.

What Can The Humanities Offer Businesses?

As with many of the concepts in the realm of the humanities, the question of what value hiring right-brained employees can add to a company has a largely open-ended answer.

This is simply because the areas where those well-versed in the liberal arts can help a company thrive – such as in understanding what customers want, how they want to be treated, and how to anticipate their future behavior – are either hard to quantify or intangible altogether.

But understanding culture and being able to readily assess and interpret the ever-changing perspectives of society is something that can help drive successful innovation in today’s increasingly competitive marketplaces.

To substantiate this claim, look towards the startup industry’s insatiable desire for being “disruptive.” By definition, dreaming up a disruptive idea requires an ability to redefine or even create a new industry altogether. In truth, such a thing can only be achieved if one has the ability to challenge traditional theories, predict outcomes based on concepts rather than data, and then effectively communicate how and why this idea is important, to both colleagues and customers alike.

A few leaders I follow who have tapped into their humanities backgrounds in order to achieve this way of thinking: Reid Hoffman (Founder of LinkedIn), Mike Krieger (Founder of Instagram), Chris Cox (Former Product Officer at Facebook), Marissa Mayer (Former Yahoo Head), and Scott Forstall (Creator of iOS).

Does this mean having employees with technical prowess is not important in business? Definitely not.

What’s more likely is that it’s best to have people who are adept at balancing both their technical and humanist sides when making decisions.

Going back to the aforementioned individuals, all of whom were graduates of Stanford’s Symbolic Systems major – a degree focused on studying psychology, logic, and linguistics – it seems the best product leaders tend to be equal parts philosophy and computer science.

This balance is useful because it allows individuals to bridge the gap between the more social, empathetic, qualitative challenges a business faces, and the more data-centric, quantitative ones which dictate a business model.

With both approaches in hand, individuals that drive a business, such as Product Managers, can have a higher level of vision when assembling the pieces of their idea into a coherent strategy. And this superior point of view ultimately leads to a product or service that not only knows what its customers want, but can also understand why – two importantly separate things.

Sticking with Stanford for a moment, where students self-identify and differentiate between “fuzzy” (i.e. arts, humanities, social sciences) and “techie” (self-explanatory) disciplines, we can see further evidence of how each way of thinking remains at odds with the other.

At the end of the day the real benefit of a Liberal Arts background comes from its student’s abilities to re-think how something can work, and communicate this idea in a compelling manner. And an often overlooked fact is that the Liberal Arts also includes natural sciences.

I got a chance to read an early version of The Fuzzy and the Techie, a new book by Scott Hartley that comes out in April. He explores this idea that product leaders must balance empathy and psychology with design and development in order to be best poised for success. He attempts to debunk this faux opposition of technical versus non-technical by describing what it takes to create our best products, companies, and organizations. It takes both. Give it a read when it comes out.

And as tech grows increasingly complicated, it will become essential to have individuals who not only can understand how to build something, but who can also maintain a solid grasp on a product’s ultimate goals and direction amidst the often chaotic changing tastes and moods of its customers.

A few years ago I switched teams inside of Microsoft and joined the Office 365 group inside of the Exchange team. I was jumping in mid-release and as a manager, so I had to get up to speed on my own responsibilities and that of my team. If you know me you’ll understand when I say that my first day was about creating lots of lists: who to talk to on my new team, documents to read, customers to talk to, etc. I love lists, and I love tasks. Since I was joining a big team with peers who had several directs themselves, I put together a big complicated list that mapped each of the PM’s in our larger team to their project and their manager. I found this helpful because I always like to ‘see the big picture’ visually. I shared it with my peers and my manager and asked them to update it since I had made guesses about some of the projects, telling them we could use it as a reference across the team. I didn’t get a response after a week and pinged them again. No response. Huh.

A few weeks later during a peer feedback session I got a response from a colleague that has stuck with me clearly ever since then: “I really enjoy working with Michael, but when he first joined the team he immediately tried to get us to use this complicated way of keeping track of our directs and their ownerships. I didn’t have a need for it and got annoyed that he kept pushing for it.”

Whoa. That wasn’t me. I wasn’t the guy who pissed people off while I was trying to help them. Or was I? What I realized was that sometimes my personal organization processes and styles need to be just that: personal. The point? Transitions are super tough and involve a million little things changing at once, and it’s easy to forgot areas of your personality that are already weaknesses when dealing with larger parts of the transition.

Now about this book. I feel the same way about self-help and self-training books that I do about the types of in-person training I’ve attended while working for big corporations: if I feel like at least 70% of the time I spent attending/reading was valuable then it wasn’t a total waste of time. That may be a cynical way to think about it, sure, but I’ve been burned in the past by overly-drawn three day training sessions where the entire time you’re wondering “WHAT IS GOING ON?!”, and then there have been rock-star ones like “Situational Leadership” that I still discuss and use almost every day in my job.

“The First 90 Days: Proven Strategies for Getting Up to Speed Faster and Smarter, Updated and Expanded” easily meets my 70% rule for being a great book and I believe can help with transitions in your career.

The first time I read it was when I left Microsoft in Fall 2013 and was on the recommendation of my best friend Vinny Pasceri, a fellow Microsoftie who knows a lot about transitions between startups and big companies. It was immensely helpful while I was making the transition to work at Contactive because of how well it structured the process of feeling like I had 9 million things to learn at once. Most importantly, it hammers home the idea of not making lots of quick, bad decisions because of lack of information that then inhibit your ability (and reputation) to do long-term good in the organization.

I re-read the book this January as we were going through the acquisition process with ThinkingPhones. It was faster the second time around and I was able to skim through parts that weren’t as relevant, but I found it a good refresher of some of those “blind spot” challenges that can be easy to hit in a new transition.

The book has a LOT of frameworks in it, and sometimes I feel like it tries to straddle the line too much between being a step-by-step training manual and a good reference of ways to approach situations. I tend to be very example-driven, so I wished it had more of the mini case studies to support the various frameworks. I stopped trying to fill out the (many) worksheets as I was reading it and instead allocated 30 minutes each week to pick a section and make actions items for myself based on it.

I didn’t find any framework or set of steps that was completely foreign to me. I did, however, find the single most useful outcome of reading the book to be getting way more honest about what my weakness are in times of transition, like trying to force old ways of work into the new one, and forcing me to write them down in order to be mindful of them.

The book is focused on senior-level management positions in large organizations making big transitions, and only really pays passing mention to startups. That’s not a blocker for making this a usable book by almost anyone making a transition in an information worker role, especially one in management, since the frameworks and methodologies are non-specific.

“A definite view, by contrast, favors firm convictions. Instead of pursuing many -sided mediocrity and calling it “well-roundedness,” a definite person determines the one best thing to do and then does it.” 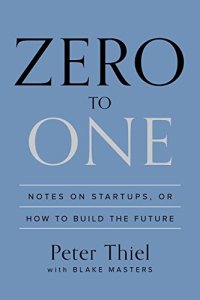 Thiel, Peter; Masters, Blake (2014-09-16). Zero to One: Notes on Startups, or How to Build the Future. The Doubleday Religious Publishing Group. Kindle Edition.

Last week I read Peter Thiel’s book “Zero to One: Notes on Startups, or How to Build the Future” (Amazon link). It was a surprisingly easy but very engaging read. It’s sometimes difficult to find inspiration in business books, but Thiel’s background and stories are clear, understandable, and inspiring (at least for me).

Amy and I don’t have kids and neither of us are in school, but I am eternally fascinated by how the U.S. education system is evolving (or not, depending on your perspective), and how it impacts the U.S.’s ability to innovate. Thiel’s hypothesis that our education systems somewhat systematic production of “generalists” feeds our overall corporate and government cultures’ aversion to risk. Having a broad-based education is important to encourage and drive critical thinking, but I wonder if parents (and schools) encourage their students enough to pick one area they love and to go super deep in them, relative to all possible ‘broad’ areas.

I also really enjoyed the depth of his analysis about the cleantech bubble, and how he used it to support his points about building scalable, defensible business that also have a chance to make a lasting, global impact. 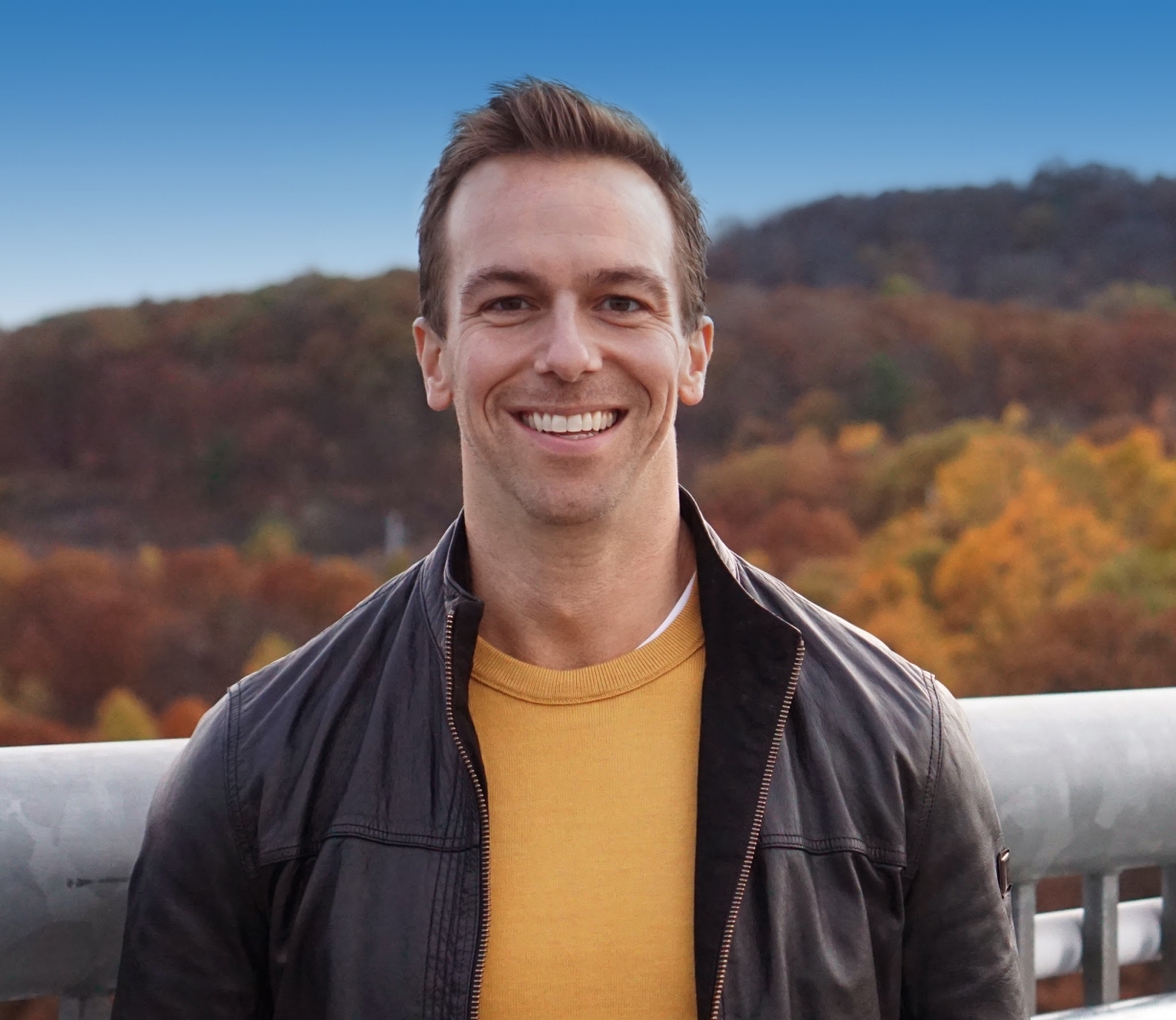